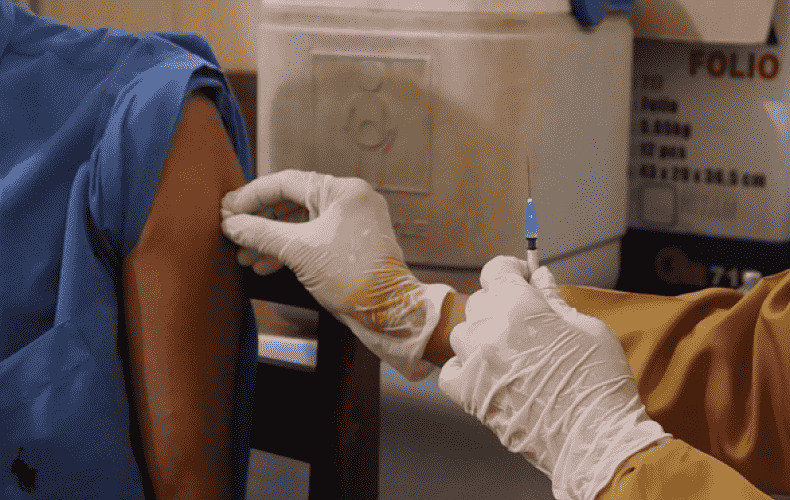 Suddenly, at the beginning of June, the curve began to reverse - again. The line mapping how many people in the UK tested positive for coronavirus, which was flat from around the beginning of April to the end of May, is now shooting back up. The current incidence in the UK is currently 244 (as of July 3) - making the UK a high-incidence area. Most recently, authorities recorded more than 26,000 new cases in one day, up 70.5 percent from the previous week. The numbers have not been this high in months. Delta accounts for nearly all new infections.For comparison, the incidence in Germany is currently five, with new infections well below 1000 per day. The question is also with regard to Germany: Do the high case numbers in the UK also lead to a critical situation in the clinics? And who is particularly affected by severe cases?

A brief summary of the responses: Yes, clinics are slowly filling up with Covid patients again. However, this is much weaker than in the first and second waves. In the period from June 20 to June 26, a total of 1677 patients were admitted to a hospital. Compared with the period from June 13 to June 19, that represents a 6.4 percent increase.In the period from June 24 to June 30, 113 people have been reported to have died from coronavirus in the United Kingdom within the past 28 days, according to figures from Public Health England (PHE), the U.K. government agency. That's 11.9 percent more than in the previous seven days.By comparison, in January, UK hospitals had to admit an average of more than 4,000 new corona patients every day. And more than 1200 people died of corona every day. So the current figures show that despite a rising incidence, hospital utilization or even overload does not seem to be occurring.In contrast to the comparatively moderate increase in hospitalization figures, the number of patients on ventilators has risen sharply - albeit here at a low level. According to the most recent figures from the week before last in June, around 260 people are currently on ventilators. There were 41 percent fewer patients the week before, according to a report in the Guardian.

Neil Ferguson, professor of epidemiology at Imperial College London, said on BBC Radio 4's "Today" program that infection rates - particularly for the delta variant - are concentrated in unvaccinated groups, including school-age children."Unfortunately, this picture will continue for a few more weeks until we get past the third wave that will unfold over the next few months," Ferguson said. The Sunday Times reports that the number of infected 5- to 9-year-olds increased 70 percent in the week of June 20 compared with the previous week.Among 10- to 14-year-olds, the number infected reportedly grew 56 percent. A total of 16,100 students were reportedly out of school due to Corona infection, up from 10,600 the previous week.

Steve Chalke of the Christian charity Oasis Charitable Trust said schools are "incubation centers for the new Delta variant." He said the trend in schools has been upward for three weeks. "We obviously haven't reached the top of this third wave yet."The increase in incidence is also now becoming apparent among younger people, since until mid-April it was predominantly those over 50 who received their vaccination. Thus, there are a lot of infections, especially among 16- to 24-year-olds. That's according to the latest data from the British Statistics Authority. Among Britons aged 25 to 34, the increase is weakening again somewhat. It is these groups that are driving the current incidence of infection in the UK.However, most Corona deaths continue to be found in the older age group. This is shown by data from the Sars-CoV-2 Variants of Concern report from the U.K. PHE. For example, 109 of 117 who died from Delta during the period from Feb. 1 to June 21 were over the age of 50.Of those who died, 18 were first-time vaccinated and 50 had received both vaccines. In other words, the majority of people older than 50 who died in the U.K. in connection with Delta had been vaccinated at least once.This comes as no surprise to renowned British statisticians David Spiegelhalter and Anthony Masters. They write in an article in the Guardian that a fully vaccinated 80-year-old has statistically the same risk of death from corona infection as an unvaccinated 50-year-old.

The vaccinations even after two doses would just not protect 100 percent against fatal courses. Even less so among the elderly.Currently, about 66 percent of adults have been vaccinated with a first dose, and about 49 percent have also received a second (as of July 1). About 45 million Britons have received the first vaccination, and more than 33 million have received a second.Physician Jenny Harries, who heads the UK Health Security Agency and coordinates contact tracing in the U.K., sums up the current one this way: "The data suggest that, thanks to the success of our vaccination program, we've broken the link between infection rates and hospital admissions." Not an entirely bad outlook for Germany.