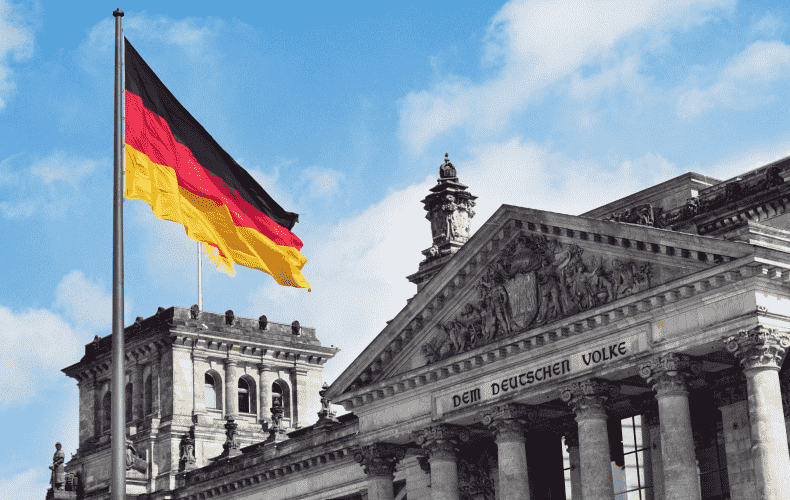 Berlin's governing mayor Franziska Giffey (SPD) has called for faster naturalization of people without German passports in the capital. This group includes more than 800,000 people, she said Thursday in the plenary session of the House of Representatives.

Many of them had lived and worked here for many years, and their children went to school in Berlin. "Many meet the requirements to become Germans." For those who also wanted to do so, she said, procedures would have to be changed so that they could quickly obtain German citizenship.

Giffey criticized that the number of around 6,000 naturalizations per year was too low for a metropolis like Berlin. "We should do everything we can to increase these numbers." She recalled that she herself had naturalized 3,000 people during her time as district mayor of NeukÃ¶lln. "I know what it means to these people. It's a very special moment."

To actually increase the numbers significantly, however, she said a naturalization center is needed, as the Senate has already announced. Giffey said she thinks criticism of it is wrong. The goal, she said, is a uniform, unbureaucratic and fair path to naturalization.

A central office instead of decisions in twelve different districts is the better alternative in the view of the head of the Senate. A Berlin without immigration is hardly imaginable, she says. "How poor our city would be!"Giffey also advocated making better use of the potential of people who come to Berlin from other countries. Especially people who have been living in Berlin for a long time need perspectives to find work. Here it was important to learn from past mistakes and, for example, to facilitate access to language courses, training and study opportunities.

All parliamentary groups in Berlin's House of Representatives spoke out on the issue. The CDU and FDP called for refugees to be integrated more quickly into the labor market and for foreign degrees to be recognized more quickly. CDU deputy BjÃ¶rn Wohlert said that there should definitely be more promotion of the German passport. However, clear conditions should apply to naturalizations: "Language, work, liberal values and also the acceptance of living our way."

FDP parliamentary group leader Sebastian Czaja stated: "Obstacles are still being placed in the way of people who want to live and work here. Despite the shortage of skilled workers, the recognition of foreign school-leaving qualifications is still associated with major hurdles, he said.

The chairman of the SPD parliamentary group, Raed Saleh, praised the rapid registration and acceptance of Ukrainian refugees in Berlin: "Rapid integration, that is the goal. Finally, we are doing it right together." At the same time, he said, refugees, some of whom had come to Berlin many years ago, must be offered a secure and permanent perspective to stay.

Around 14,000 people, for example from Syria or Afghanistan, were currently living in Berlin with the status of toleration. "This status is undignified and insulting," Saleh criticized. Jian Omar, a Green Party member of parliament, also called for making it easier for refugees to "arrive and participate" in Berlin, and for boosting naturalization numbers in the German capital. They must arrive in society "as quickly as possible," he said.

AfD politician Kristin Brinker, on the other hand, warned against illegal immigration. Last year alone, she said, more than 80,000 people without German passports had newly arrived in Berlin, many of them illegally.Elif Eralp of the Left Party called for voting rights for all. "The right to vote must be independent of nationality," she said. Although her father had come to Germany 40 years ago, he was not allowed to cast his vote. She said that 20 percent of Berliners are still excluded from the right to vote, which is unfair.