Matias Crowder (La Plata, Buenos Aires, 1973), PhD in Social Communication, has started in the world of letters through graphic journalism in Argentina.

He has collaborated with graphic media in South America and Europe, has been awarded the Saramago Prize for Literature (2009, Madrid) and the University of Barcelona Prize (2010, Barcelona). And he has been a finalist in the Carles Rahola Periodical Award of the Generalitat de Catalunya (2017).

His journalistic career has paralleled his literary production, both in fiction and non-fiction. In 2010 he published the novel âEn el trenâ, Ediciones Albores, and in 2013 âLa dunaâ, Ediciones La Discreta, translated into French in 2015 (La Derniere Goutet). In 2011 "The body of words", Editorial Biebel. In 2014, in journalism and non-fiction, "Frontera LÃ­mite", by Plataforma Editorial. In 2018 his novel "The Thursdays of Redemption" was published simultaneously in Argentina and in Spain. His work has been translated into several languages. 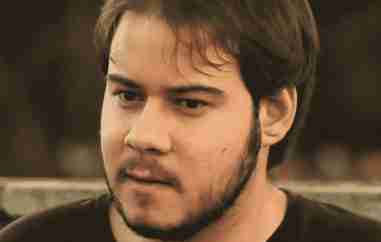