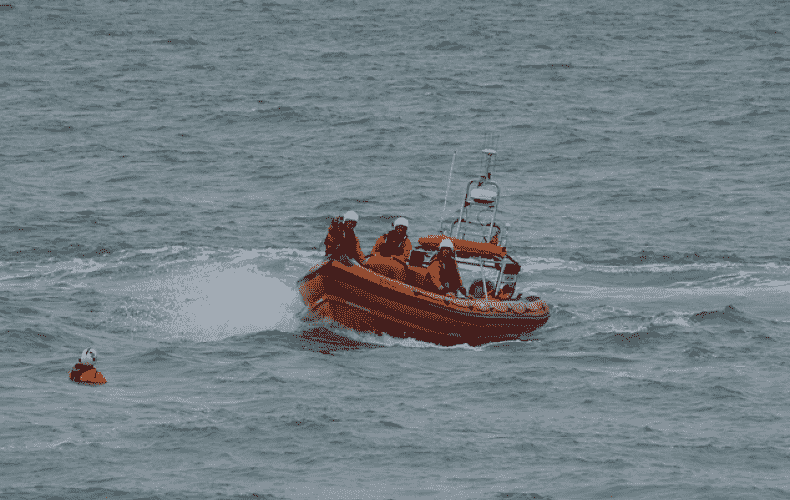 At least 89 people have died after a refugee boat coming from Lebanon sank off the coast of Syria. 20 people were rescued, Syria's state-run Sana news agency reported Saturday. The Lebanese army said it had arrested a people smuggler. The man had admitted to organizing the planned trip from Lebanon to Italy by sea.

On board the small boat, according to Syrian sources, were a total of about 150 people, mostly Lebanese and Syrian and Palestinian refugees. It had sunk on Thursday in the Mediterranean Sea off the coast of the southern Syrian city of Tartus. It is located about 50 kilometers north of the Lebanese port city of Tripoli, which has become a center of illegal migration.

According to the UN Children's Fund Unicef, ten children are among the shipwrecked. Several people are still missing, and the search for them was ongoing. Of the 20 rescued, 14 were in a hospital, two of them in intensive care, Sana reported, citing an official at the facility. Six people were already able to leave the hospital.

In the course of the rescue operation, official agencies had to revise the number of victims upward several times. Thus, on Friday, there had still been talk of 73 dead.

It is the deadliest shipping accident between Syria and Lebanon in recent years. "Nobody goes into these death boats lightly," said the head of the UN Relief and Works Agency for Palestinian Refugees (UNRWA), Philippe Lazzarini. More needs to be done to offer a better future and counter the sense of hopelessness in Lebanon and the entire region, he said.

Since 2020, Lebanon has seen a surge in the number of migrants venturing from its shores to make the perilous crossing to Europe in overcrowded boats. The destination of most of the boats is EU member Cyprus, 175 kilometers away.