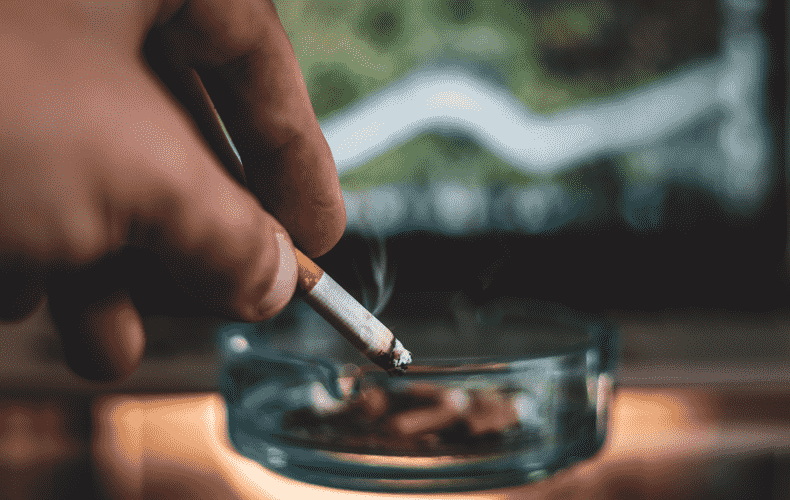 Around 1.1 billion people in the world are smokers, and around 200 million also use tobacco in other forms, such as chewing tobacco. Nearly five trillion cigarettes are smoked annually, and nearly 8.7 million people died from smoking in 2019, about 6.5 million men and nearly 2.2 million women. The damage to the global economy is an estimated two trillion dollars. These are the key new data from the seventh Tobacco Atlas, released Wednesday by the University of Illinois at Chicago. "For the first time, the number of smokers has declined," said researcher Jeffrey Drope at the Chicago launch of the report. "From 22.6 percent in 2007 to 19.6 percent in 2019." But as the overall population increases, there are still steadily more smokers in the world. Especially on the African continent.

The success, he said, is being offset primarily by the growing number of underage smokers between the ages of 13 and 15. Their numbers increased in 63 of the 135 countries from which the researchers have figures. More than 50 million young people in the age group smoke cigarettes or use other tobacco products, especially in less developed countries. In Haiti and Mauritania, more 13- to 15-year-old girls now smoke than adult women, according to the Tobacco Atlas. For Drope, the tobacco industry is a dinosaur. The only way it can continue to grow, he said, is by getting children hooked and addicted to one of the most harmful products ever invented.

Another negative example is young black Americans, who have been particularly heavily courted by the menthol cigarette industry for decades. With the result that in the United States, more than 85 percent of them start smoking by the age of twelve compared to only 29 percent of white youths of the same age. Tobacco is a leading cause of death among blacks in America, with about 45,000 deaths each year, he said. According to one study, 650,000 deaths alone could be avoided by 2060 if menthol products and e-cigarettes were banned immediately.

The scientists from the Chicago Tobacconomics team led by director Frank J. Chaloupka and Jeffrey Drope, along with the health organization Vital Strategies, are calling for tax increases on tobacco, among other things. A 50 percent increase could save 27 million lives over the next 50 years. It would also raise an additional three trillion dollars in taxes for states. It should also be mandatory to show pictures on cigarette packages that drastically demonstrate the consequences of smoking. The deterrent effect has been proven by studies, for example in Kenya, where 30 to 40 percent of smokers said that the pictures were more likely to make them quit than simple warnings.