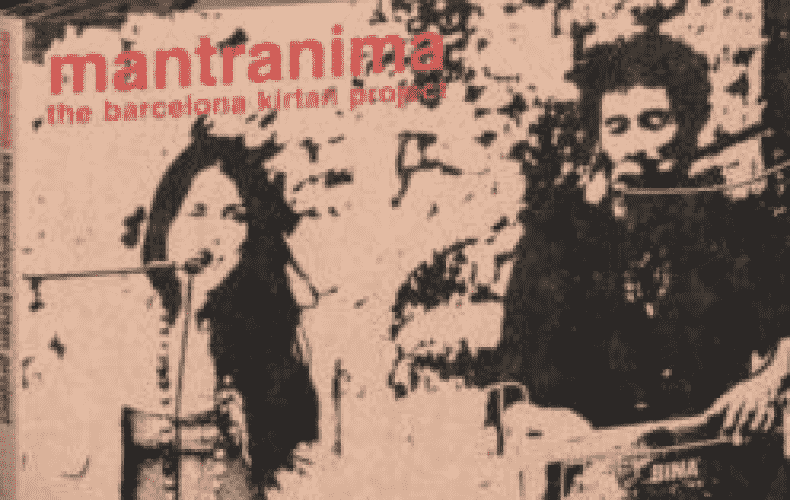 Mantranima is a kirtan band from Sitges, Barcelona. Described as "mantras with a Mediterranean touch," the duo plays music for meditation, relaxation, and peace. Periodically they perform their Musical Refuge Kirtan at Ashtanga Yoga Center, in Sitges Poble Sec (Germans Maristes 6).

Kirtan is a very different kind of music.Â  Based on ancient chants, it has the ability to quieten the mind if listened to with intention.Â  Everyone experiences kirtan differently, and it doesn't have to be a religious experience.Â  You can think of it as a sing-along.Â  A kirtan concert is not your typical concert either.Â  Everyone sits on the floor, although chairs are usually available.Â  The performers are accessible, in fact, there's not much of a distinction between performers & audience.Â  The wallah (leader) sings the mantra, and the audience sings it back.Â  A single chant can go on for up to forty minutes.Â  As you sing with each other you experience a deep connection with the musicians, the other audience members, and yourself.Â  And when the music stops, your mind is quiet.

Mantranima is a duet formed by Esther PallejÃ  in voices and Marc Cinnani in guitar, voice, and harmonium. Their lifes cross roads at the Camino de Santiago.

Esther declares that "The need for self-expression has been always present in my life, and singing has forever been a way for me to do so. As a little girl, I sang for my teachers and relatives. In my late teens, I sang from trapeze bars across Barcelona. And as an adult, singing was what I enjoyed most as an actress. WithÂ Mantranima, I found my personal way to put together my spiritual practice, my passion for singing, and my vocation forÂ helping others express themselves."

Partners in life and music, Esther's and Marc's spiritual connection flows freely through the harmonics of their voices into a path of meditation, relaxation and "Disconnection or connection, depending on how you see it," says PallejÃ .Â

Marc was born and raised in Canada, and music has always been around the house. He also came across aÂ spiritual path. "In 1999, I met Sri Vasudeva and embarked on a search for meaning. But it wasn't until a visit to his ashram in 2010 that I felt a thunderbolt hit me straight in the chest. There, amidst the green hills of Trinidad, I found myself falling in love with the rhythm and words of ancient Sanskrit chants. It's a far journey from my roots as a classical pianist. And an even farther world from the Italian ballads I grew up hearing on my dad's accordion. That's whyÂ MantranimaÂ is so special to me.Â It gives me the freedom to explore my entire self", said Marc.

They invite people to connect with their authentic voice, singing along them from the heart using mantras and kirtan chanting as a musical refuge. For them, our voices are "the hidden part of our bodies".

After almost three years of performing at festivals in Catalunya and France - as well as in various locations across Sitges, Sant Pere de Ribes, Barcelona and Tarragona - Mantranima debut album The Barcelona Kirtan Proyect was released in the past fall.

The album includes the participation of producer and percussionist Roger Gascon, who plays sitar, tabla, and other instruments on the CD. Esther Umbert's cello also complements PallejÃ 's and Cinanni's vocal harmonies, creating melodies that blend into an ambient soundscape.

Actually, the couple has established in Canada and released a second album.